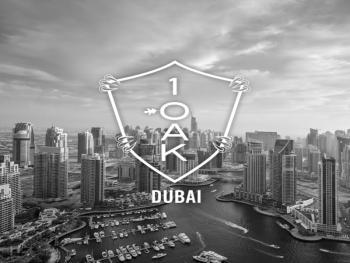 Another world-class nightclub is coming to Dubai, and it’s one with a big reputation.

Joining the ranks of Dome and BASE as recent additions to the city’s nightlife scene (as well as Cannes superclub Gotha coming soon), New York City hotspot 1 OAK is set to land in Dubai in late-February.

It’s making big claims about bringing a “world-class nightlife venue” to Dubai, and the early image renderings suggest we’re in for an edgy, dark look. Ooh, we approve.

And it looks like there’s reason to get excited, too.

The team behind 1 OAK are claiming celebrity fans of the top NYC hangout will be travelling to the emirate specifically for the launch – name-dropping famous geusts like Beyoncé, Jay-Z, Katy Perry, Kanye West, Rihanna and more.

The reason? Because the “opening will feature a line-up of international artists”, and we’re excited to find out exactly who’s being lined up.

It’s opening up in the JW Marriott Marquis Business Bay, already home to top spots like The Vault, Bridgewater Tavern, Café Artois and Square, and will take the place of former Dubai favourite VIP Room.

As you’d expect from a trendy NYC club with presence across the US, the guys behind 1 OAK are making some pretty huge claims. “With the launch of 1 OAK, we are starting a new era for Dubai’s nightlife scene,” says CEO of Bulldozer Group Evgeny Kuzin. “We wanted to create something unique, while maintaining style and substance, for Dubai’s elite social crowd.”

So, mark your calendars, this hot new spot is ready to land, and we can’t wait.