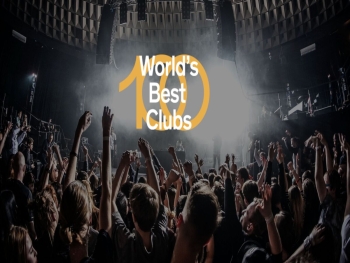 As you know, after two years without releasing the list of The World's 100 Best Clubs due to the halt endured by the industry caused by the Covid pandemic, this year we are proud to announce that the International Nightlife Association will be once again releasing its prestigious annual list. Said list will be assessing the nominated venues trajectory during this year or season.

So, we are glad to inform you that the nomination period for The World's 100 Best Clubs™ 2022 list will open this upcoming August 1st. Nominations will be made on https://bit.ly/3bH62UW and will ask for the venue's name and location. Keep in mind the page will accept nominations when the nomination period begins (August 1st). The nomination period will be open until August 25th. After that, the voting period will run from September 1st to October 15th, which will also be open to the public through a specific voting platform. So, we encourage you to get your venue ready for the nomination and voting process to promote your venue's vote on social media and don’t forget to tag us. We also invite you to use the hashtag #theworlds100bestclubs2022. Subsequently, from October 16th until October 31st, a panel of experts will weigh a host of factors including the 2022 artistic programming of the clubs, security measures, VIP area, availability and online reservation capacity, quality of service, national or international awards, and distinctions achieved, acoustic quality, soundproofing and commitment to the UN's sustainable development goals. The professional jury scoring system will be ranked by points awarded to each of the items that will be valued and added to the sum of the public voting. The list of "The World's 100 Best Clubs 2022" will be released on November 8th at the 8th International Nightlife Congress and 7th Golden Moon Awards Gala to be held in Tenerife, Spain.
Tagged under
back to top