On said date, the list of "The World's 100 Best Clubs" 2019 was released. These events were held at Theatron, Gold Member venue of the International Nightlife Association 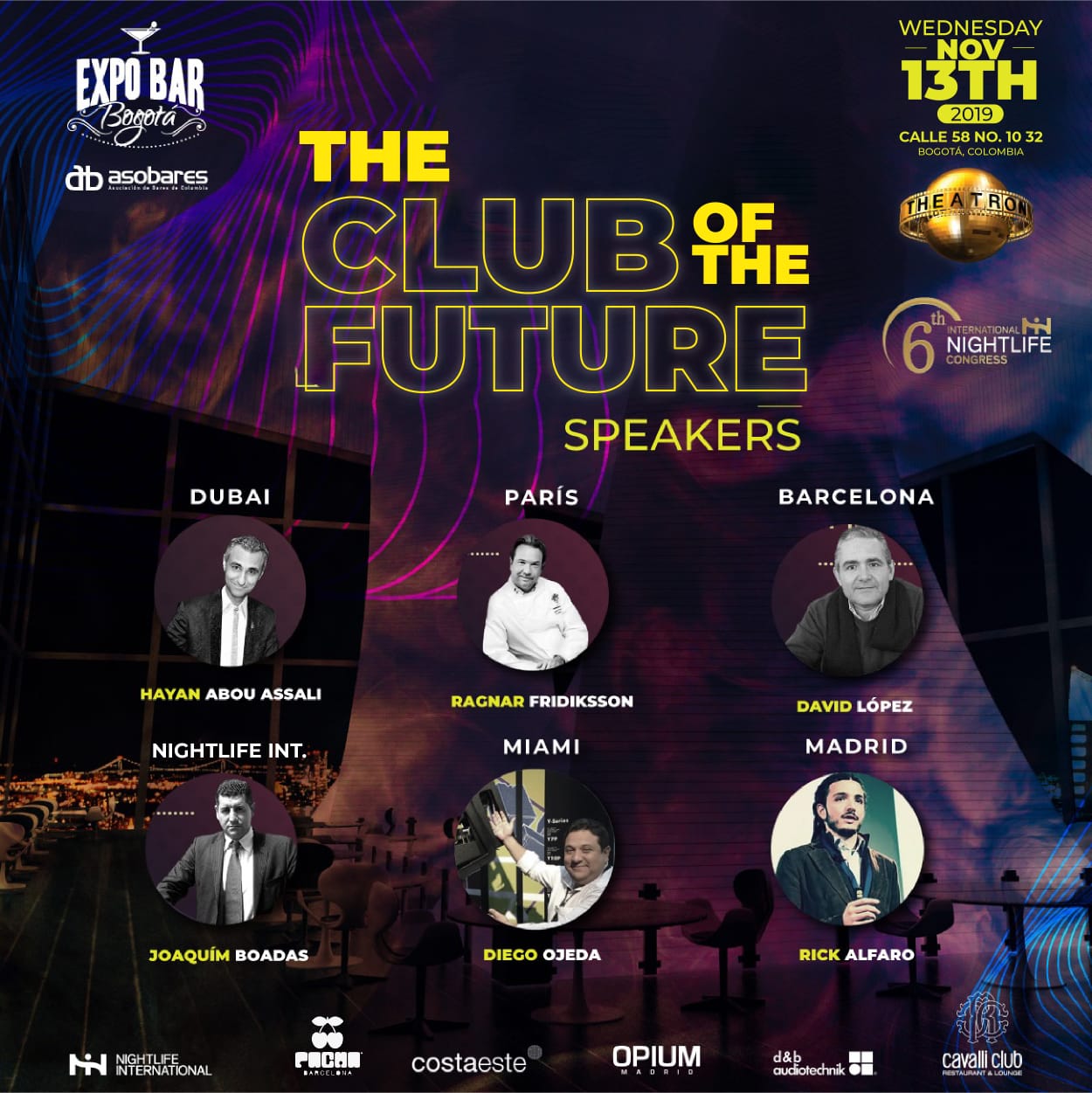 We are pleased to announce that for the second year in a row the city of Bogotá (Colombia) hosted the 6th International Nightlife Congress and the 5th Golden Moon Awards on November 13th, together with the 6th Colombia’s ExpoBar Fair, organized by the Colombian Nightlife Association, Asobares.  ExpoBar is Colombia’s most important nighttime entertainment event with more than 3.000 attendees including representatives of the industry, staff, authorities and sponsors creating a forum where key issues are discussed and possible solutions are provided relating to Colombia's nightlife industry.

The chosen venue for said events was Theatron Bogotá, who recently became a Gold Member of the International Nightlife Association.  As you may know, the INA holds an annual international congress and awards ceremony and has decided to celebrate this year’s edition once again jointly with Asobares and the 6th edition of the ExpoBar Fair.

During the evening of November 13th , the International Nightlife Association hosted the 5th Golden Moon Awards where among other awards, the list of “The World’s 100 Best Clubs 2019” was released. The World's Best Club position is currently occupied by Hï Ibiza.  Asobares' president, Mr. Camilo Ospina Guzmán stated today, "We are very happy that the most important nightlife fair in Colombia comes together again with the most important nightlife congress in the world to hold a big event that will have a notable influence on nightlife all over the world". According to Mr. Joaquim Boadas de Quintana, Secretary General of the International Nightlife Association, "We are proud to hold our annual event together once more with ExpoBAR, hosted by our member association in Colombia, Asobares. I would also like to make an appeal to the leading nightlife businesses in the world to take part in these events, since they will mark a trend towards the future of our sector at a worldwide level".